If you’re invited to a multimillion dollar party hosted by none other than Roman Abramovich, you’ve certainly got to enjoy the show all the way. Lindsay Lohan doesn’t fail to get the shutterbugs goings in her relaxed and casual demeanor and the little black bikini certainly doesn’t disappoint. This St. Barthelemy party certainly boasted of the who’s who. Now we know why Lindsay is such a favorite because she’s doing the pretty girl poses to hog some of the limelight, especially when you have singing sensations like Prince, Beyonce, and Gwen Stefani for company amongst other Hollywood celebs. 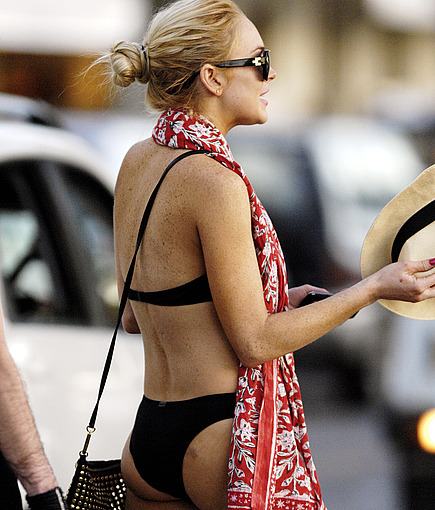