Lindsay Lohan seemed to have an affinity for black tights, jacket and short Tees. Loahn was seen in the same assemble on another occasion. Only her T shirt was changed.

On Saturday, December 13, Lohan accompanied her girlfriend, Samantha Ronson, on a short trip to Miami. Ronson worked at her DJ console for several hours while Lohan was attentively listening at her VIP booth in “Karu & Y.” After Ronson’s gig, the ladies were escorted to Louis at Ganesvoort Hotel South, on Miami Beach. The gals relaxed until they had to leave to catch their flight home to L.A. 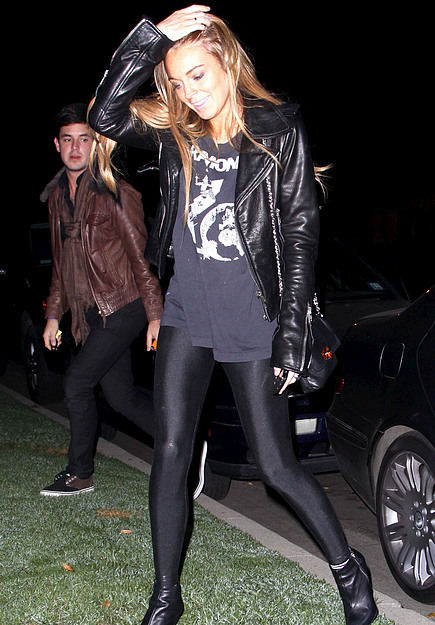