I don’t care what anyone says. I think Lindsay Lohan is finally waking up and seeing her life for what it is – full of drama and trouble; much of which she brought on herself. She owned up to her mistake (at least this last time around) and I think she’s taking rehab seriously. So what if she took a little trip to do some shopping? A lot of patients at Betty Ford do the same thing. Most of them aren’t tailed by the press when they do it though. Here in Palm Springs, Lindsay looks tired and worn out – not exactly how she usually looks when she’s out spending her money. Sure she still looks thin but aside from the cigarette between her fingers, she’s looking a lot healthier. I wish her nothing but the best and I hope we see a new, healthy and responsible Lohan to 2011. 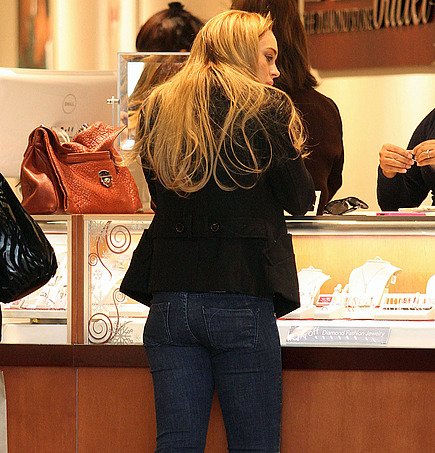