Former child star Lindsay Lohan was spotted going braless wearing her gray-colored haltered blouse paired with a tiny black short and an oversized sunglasses. Despite of being skinny, the freckled Mean Girls star looks still as hot by the time that she still has the acting job in line. It is undeniable that despite of Lohan’s career fall out, she is still as famous as she was years ago. With the current issues of her to do the directing, I hope that this time around she will be back in the business for good not being the ones in front of the camera, but as one of the supportive people behind it. 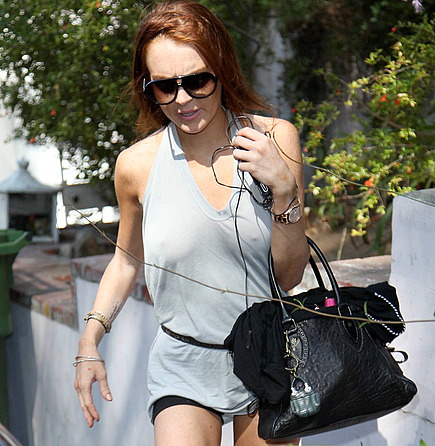