If you thought there’s going to be some skin show since it’s Lindsay Lohan we’re talking about, you’re wrong. Instead of skin show tactics, this time she let roving eyes hover around her entire frame. Sometimes leggings don’t do anyone any good because the flab’s all out there for all to see but seems like Lindsay certainly got it right with her leggings. Here’s her striking a pose and checking out the latest at the Sketch Nightclub with the launch of the Nokia X6 Mobile Phone. Well, this time around, no one’s complaining because sometimes she can stun you with her simplistic yet sexy approach. 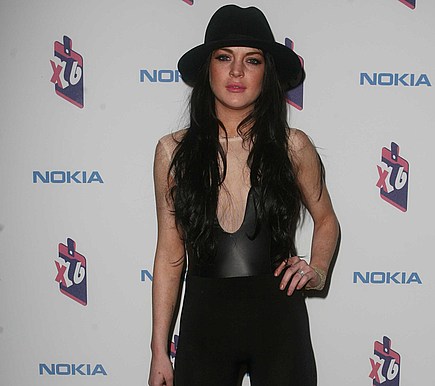