Lindsay Lohan and her girlfriend, Samantha Ronson, were captured on film walking outside of Bardot nightclub. Ronson’s disc spinning took her all over the U.S. A stalker made an attempt to grab Lohan while ladies were in Scottsdale, Arizona. Daniel Combs, 38, tried to get around security at the exit of a nightclub. Combs was excited when he saw Lohan with Ronson so he tried to get Lohan’s attention. He only succeeded in getting himself arrested. 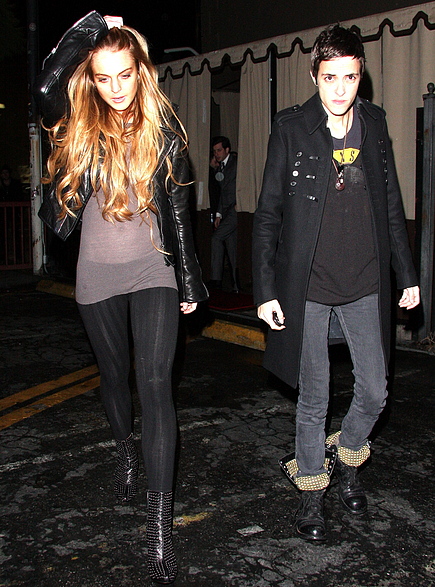