Although it’s widely being reported that these photos were taken of Lindsay Lohan recently, that isn’t true. The more recent photos of her show hair closer to her natural color and looking a bit heavier than she does in these ones. I know I can sometimes be cruel here and I won’t lie, I kind of enjoy it. I refuse to jump on the dump on Lindsay bandwagon. Addiction to drugs is a serious disease regardless of who the addict is. I’m also inclined to believe the logical – the staffer she supposedly attacked at Betty Ford isn’t telling the truth. No one knows what happened yet, but it has come out the Lohan passed a drug and alcohol test after the incident and is actually the one who made the 911 call to get police assistance. If it were anyone other than Lindsay, the whole thing would be reported a lot differently. Anyway, I love the girl and I hope she is getting the help she needs and continues to get better once she’s done in rehab. Go ahead, rip me apart in the comments. I’m just calling it like I see it. 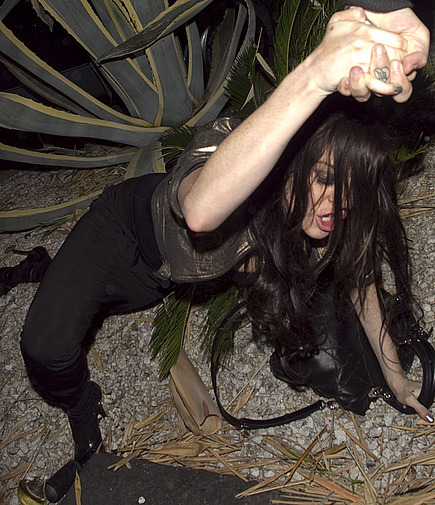