Being known of her natural large boobs, Lucy Pinder poses for some photos for the A1 GP promotional photo shoot. Lucy’s skimpy dress reveals her beautiful curves and unleashes her eye-catching cleavage. With the beautiful face, sexy body, and sexy poses hat Lucy has during the photo shoot, men will surely be dreaming of being with her. Aside from modeling, Lucy Pinder also appears on some television shows portraying herself, and the latest was at the Celebrity Big Brother UK 2009 in January 2, 2009 and getting 57% votes from the public, she was the first to be voted out on day 8, which was in January 9. 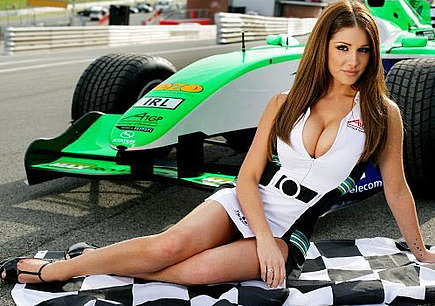