Maggie Grace At “The Wrestler”

The beautiful Maggie Grace attended the premiere of The Wrestler in Beverly Hills. Grace, of the “Lost” fame, was eye candy on the opening night of Mickey Rourke’s film. Grace’s boyfriend is Blake Mycoskie. They live on a sailboat, off the coast of L.A. Mycoskie was a tennis player until injury shortened his career and turned him into the owner of shoe empire, TOMS. This line of shoes is environmentally friendly and Mycoskie donates one pair for each pair sold. The donated shoes are carefully placed with disadvantaged children. Maggie Grace has a terrific, philanthropist boyfriend. 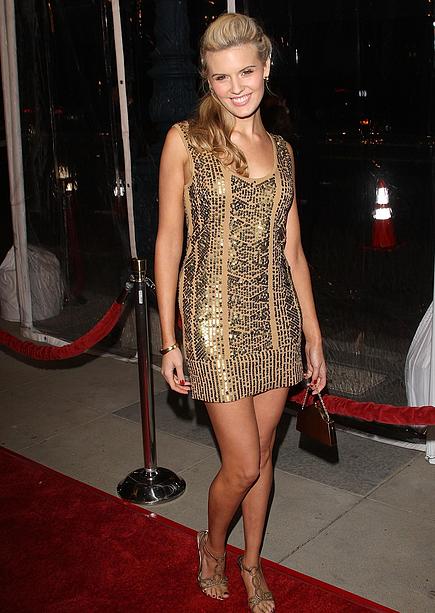