Wow… Maria Fowler is one classy babe. I almost don’t know what to say about this one. She’s most well known as a model and Page 3 Girl but she’s also starting to gain recognition for her supporting role on ‘The Only Way Is Essex’. With pictures like these though, snapped as she was leaving Cafe Boheme in London, England, make me think that before long she’s going to be known for being a sloppy party skank. Am I being to quick to judge? Take a look at the pictures. Flashing her panties to the press and looking about ready to pass out in the backseat of the car. Yeah… that’s how you earn respect in the entertainment industry. Honestly though, does anyone think respect is what this girl’s after? No, it’s attention so I guess she can chalk it up as mission accomplished. 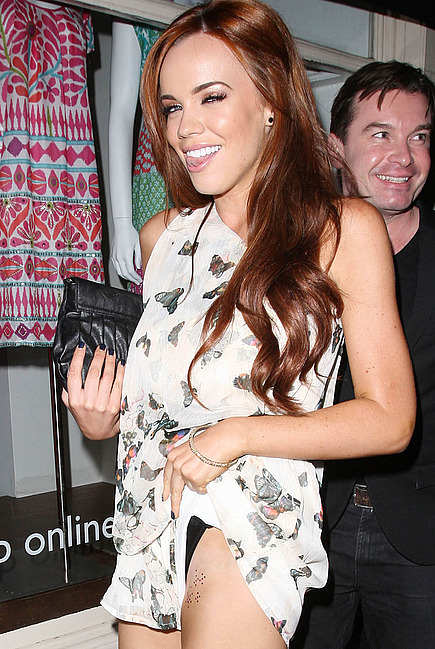