Maria Sharapova Doing What She Does Best

There are those out there that will say Maria Sharapova is just another Anna Kournikova – all sex and no substance. I don’t entirely know if I agree with that. First, I really like Anna. Second, I really like Maria. Third, they can both play tennis much better than I can. The fact that they’re both beautiful shouldn’t come into play when judging their tennis prowess, but it really does. Some judge Maria unfairly because she’s a complete babe. Some give her more attention that she deserves for the same reason. Is the she best tennis player in the world? No, probably not. She is good though; much better than average and I think that’s really all that matters. Here at the Ariake Colosseum in Tokyo, one thing is clear. This is a woman that loves what she does passionately and that’s always nice to see. 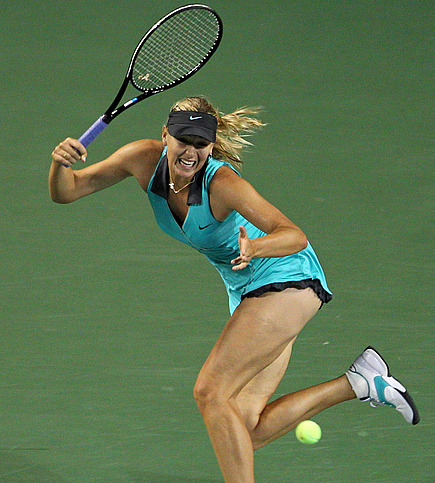