Mariah Carey and her devoted husband, Nick Cannon, have continued their vacation at a warmer climate in St. Barts, one of the islands in the Caribbean. Carey wore a sexy top that showed her ample bosom. Carey and Cannon have gotten away before the drama of the Aspen bomb threat. Carey showed that she was able to drink without the constraints of pregnancy. Carey had a glass of wine while hanging out with her friends at Nikki Beach Resort in St. Barts. She shot down the rumors that said she was carrying Cannon’s child. 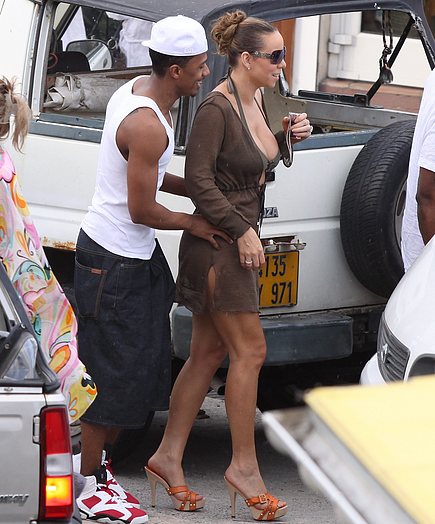