Mariah Carey was on holiday in the Caribbean and took full advantage of the sunshine, the surf and… topless tanning. I wonder who took the photo for her. She should not be allowed to get away with using the magazine as a shield for her big boobies. Mariah often teased us with her topless or naked poses but she was clever not to show the entire, real things. They were huge in her revealing cleavage tops and we would expect to see huge tits in the raw. We’re waiting for more pictures! 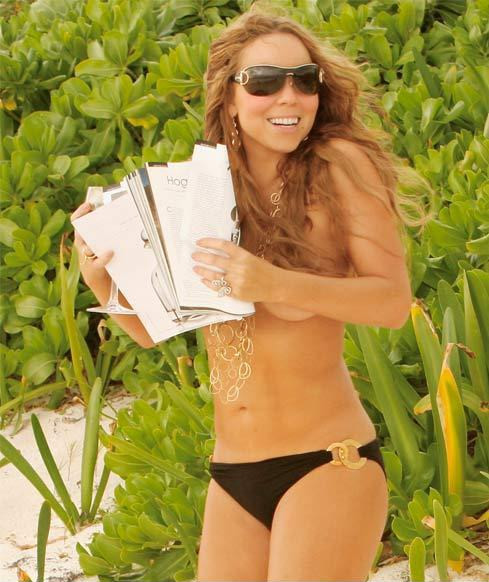