Nick Cannon and Mariah Carey celebrate their 1st wedding anniversary with a big party celebration and Mariah’s tiny beaded shimmering dress in Moon Nightclub where Nick is deejaying at the Palm Casino Resort in Las Vegas. The tiny dress that shows off more cleavage from Mariah Carey is one of the witnesses when Mariah turns teary eyed after watching the video footage her husband produced. The footage contains their one year together as couple, which included their intimate moments. Included in one of the sweetest anniversary celebration of all time is a four-foot cake, balloons that fell from the ceiling, and the people from the Nightclub who toasted with the happy couple. 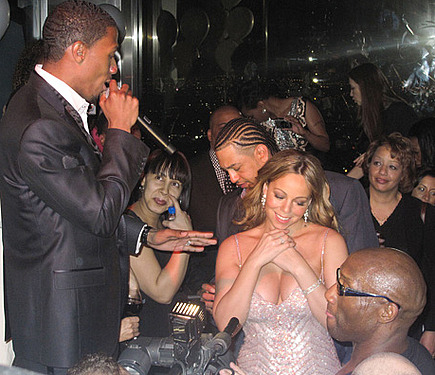