Marisa Miller modeled several suits of bikinis for Victoria’s Secret. Doesn’t she look ravishing in the bikini fashion shoot? Miller was on location in St Barts. Besides modeling, Miller is the champion of the American Cancer Society. This beauty with brains showed she understood important issues as she lent her name to worthy causes. After being voted as Number One in Maxim’s Hot 100 list, Miller has been honored with a cover for Australian FHM Magazine, January 2009. 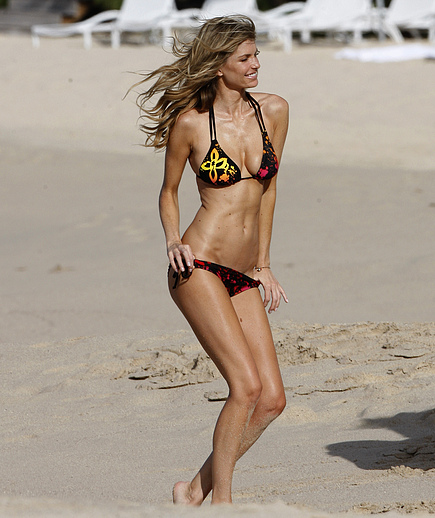