Megan Fox In An Action Flick

Megan Fox was seen shooting for her new action movie, Jonah Hex. The actress was seen in full character costume while she was filming for the moving in downtown Los Angeles. The 23 year old actress is best known for her movie Transformers and here she is joined by actor Josh Brolin. Josh plays Jonah Hex, the main character in the movie. The movie is based on a comic series in which the story moves around a guy who is a confederate bounty hunter who has the task of stopping an extremely dangerous terrorist and Megan is playing a role of a woman who happens to be the only human Jonah knows, so let’s enjoy the human touch. 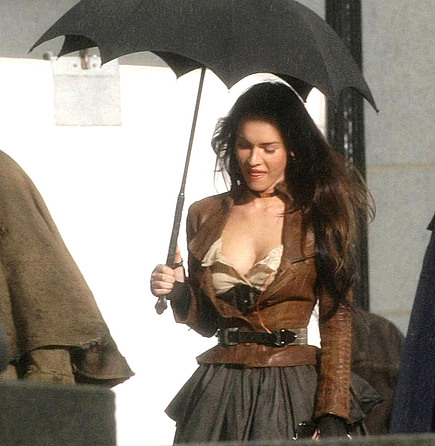