Megan Fox looked beautiful on the red carpet of the Golden Globes awards. She showed off plenty of skin and her tattoos. When Fox was interviewed by a reporter, she revealed she was very nervous. Who would have thought a hot chick like Fox would have jitters? This is Fox’s first Golden Globes night and Brian Green was missing. Fox explained her boyfriend was nursing his ego by refusing to be overshadowed by being with her. Fox spent time watching the monitor and looking at the other celebrities. 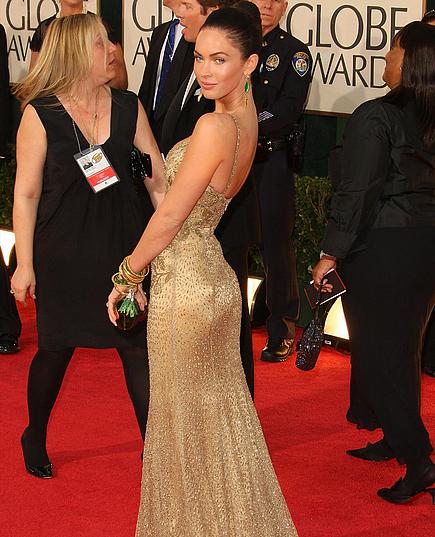