Ninety’s known girl group The Spice Girls member Melanie Brown was spotted outside her hotel in Mayfair – London England that proudly shows her boobs wearing a boy hugging red and black corset. Wearing a black leggings, Mel B seems to have a honed and toned body just like the old times when their girl group became famous in the 90s. In the event, Mel B was reportedly got drunk and shocks the hotel bar patrons with her drunken sexy behavior as she share a kiss with husband Stephen Belafonte at the bar and shocked the latter with his wife’s X-rated dance routine for him. 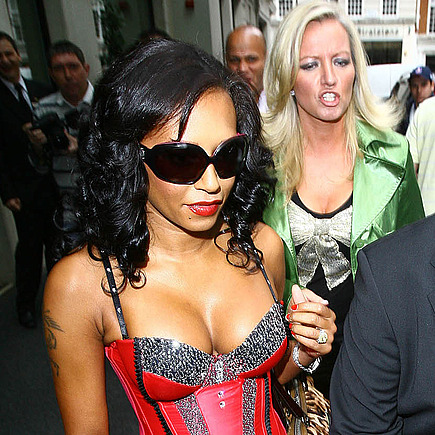