So, the only Melissa Reeves I knew of until, well, just a few seconds ago is the actress who played Jennifer Horton on ‘Days of Our Lives’. When glancing over the photos, I couldn’t help thinking Melissa has aged reallywell considering that Melissa Reeves in her forties. Then I realized the pictures were taken in Marbella, Spain and realized this was likely a reality star from the UK. I did a quick Google search and yes – that’s who this is. So there’s that. Whatever, she’s hot. I like that she walks around with her shorts unbuttoned. She has an awesome body and all that. I’m starting to think I should be watching more reality TV from the UK. 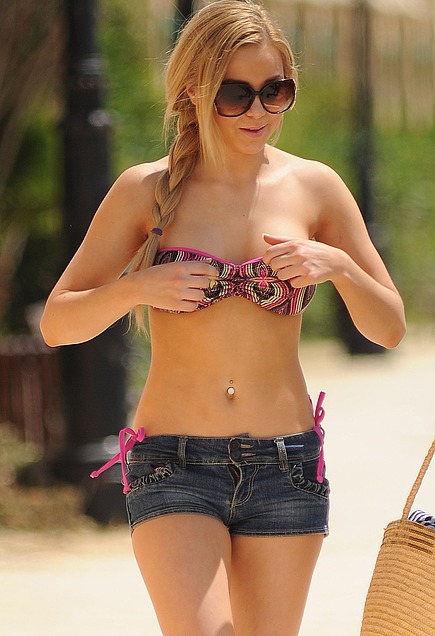