Now if you’re wondering who’s this hottie, and how come you haven’t seen her earlier, it’s because she’s a popular face in German and Italian circles. This diva is in her early 30’s and boasts of a resume that cites repertoire. Here’s glimpses of her at the Italian TV show “Porta a Porta.” Apart from being a popular model, she’s been in films, television serials, hosted shows, and even cut an album, multi faceted may we say at the risk of sounding obvious. If you’ve missed out on her heydays, you would like to know she’s single now with a teenage daughter and can be seen if you tune Italian television to watch Striscia la Notizia. 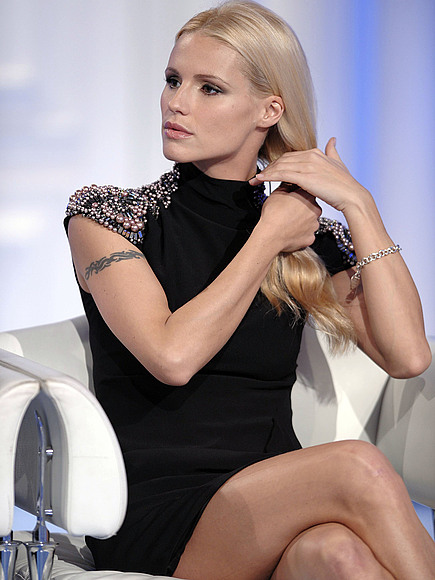