Miley Cyrus attended one pre-Grammy party dressed in an unusual dress. Cyrus showed off bare shoulders. Cyrus’ dress had a Eastern painting in front and was styled as a low, off the shoulder number. Cyrus had a hard week when she came under the microscope for her photographic poses imitating slant eyes of Asians. Cyrus later clarified she did not mean to cast racial slurs at Asians. On Sunday night, Cyrus performed at the Grammy Awards with her good friend, Taylor Swift. 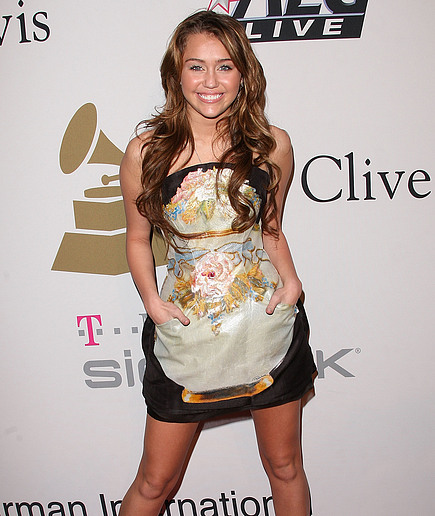