Katy Perry posed for photographs in a mini dress on her way to an event in Hollywood. Lily Allen has an ongoing feud with Perry. Long ago, Perry compared herself as a skinnier version of Lily Allen and Ms Allen hated it. Now, Allen said someone gave her Perry’s personal telephone number. Allen is threatening to post the number online in Facebook if Perry does not shut up. Some people think the feud is only a war of words to up the competition. 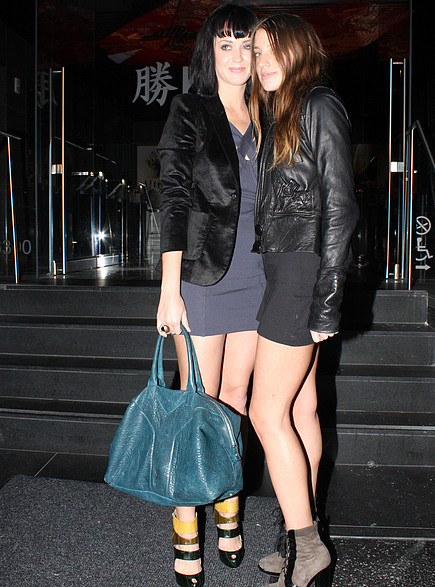