Minka Kelly showed how hard she exercised in her gym in Hollywood to maintain that marvelous figure. Kelly has drawn admiration for her youthful figure and looks. She has been dating Derek Jeter. Jeter is rumored to be shopping for a suitable mansion for his new love nest with Kelly. She has been Jeter’s constant companion and they were seen traveling to various hot spots together. Jeter has been dating for some time and Kelly would be a very lucky girl if he decides to settle with her. 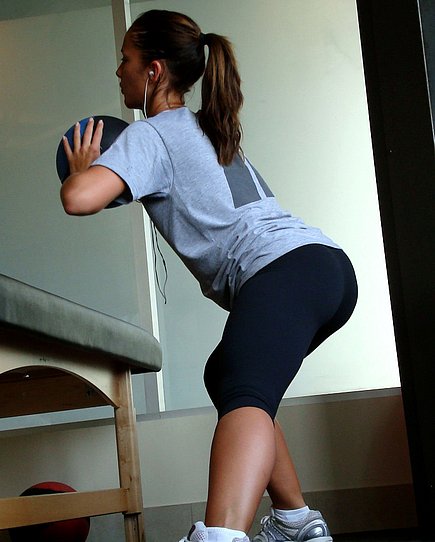