Minka Kelly In Her Workout Gear

I love seeing celebs with a more natural look. Even with barely – if any – makeup on her face, Minka Kelly looks beautiful. This isn’t something you see very often. In addition to her fresh faced natural beauty, Kelly also has killer body. I used to be a big fan of Minka, but lost track of her somewhere along the way. I’ll have to remedy that. I love the fact that she doesn’t really seem to be shying away from the cameras even though she’s dressed down. She is comfortable with herself, and that’s one of the things that makes her most appealing. Then again, when someone is as beautiful as Minka is, I have to imagine it’s hard not to be confident. 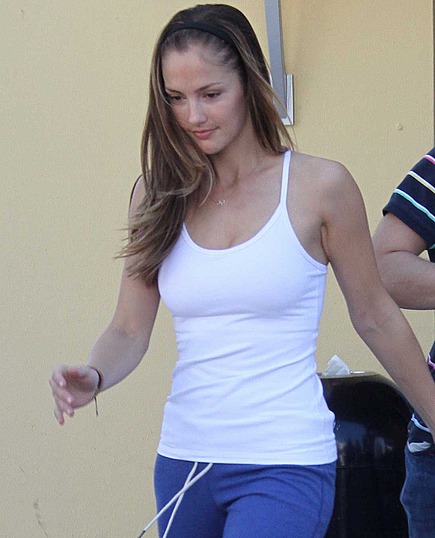