The fabulous bikini body of Miranda Kerr became the new issue of Australia’s Ralph magazine. Various models of two-piece swimsuits of Victoria Secret can be found on the pages of the magazine.Meantime, Miranda Kerr was in Miami, Florida. She spent the time there together with the actor of the well-known film “Pirates of the Caribbean” Orlando Bloom over the past weekend. It was reported by People that the couple was seen on the dance floor of LIV nightclub in Miami’s Fontainebleau Hotel. Miranda held the hand of Bloom when she was dancing and the deejay played Lady Gaga’s song known as “Bad Romance”. 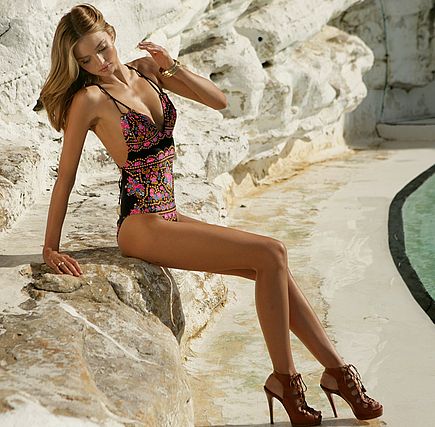