Now, you’ve probably already seen a lot of similar images already but you simply keep wanting more. The pretty pink bikini certainly works wonders on this beauty and Miranda Kerr looks more real than you’d ever imagine. Of course, with a body like hers, and with viewers being so used to the idea of what’s behind that pretty dress, no one’s disappointed. It won’t be a long shot if you were wondering whether or not she wears custom fitted jeans because they certainly do fit her swell. Now that her sweet boyfriend won’t be too busy with this year’s Pirates of the Caribbean project, we can only imagine the next photos to be a sneak peek of a romantic holiday for the two. 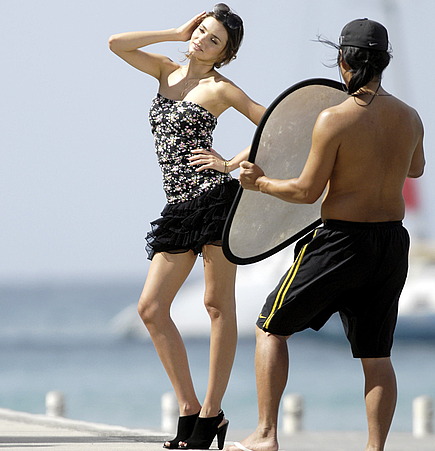