Renowned dancer, actress, model, and sister of actress Penelope Cruz, Monica Cruz soak up the sun in one of the beautiful beaches in Ibiza, Spain wearing her skimpy black bikini. She can have a nice body, but it looks like the bikini top does not fit well with Monica’s boobs. You can see in some of the photos that Monica keeps on fixing it. Monica is a known to her Spanish audience as she appears in on a popular Spanish Television show the Un Paso adelante, wherein she appeared for 89 episodes, and appeared on many movies including the Last Hour, and soon in Iron Cross. 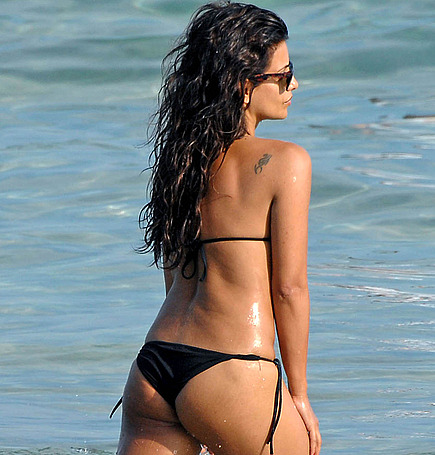