American actress Moon Bloodgood has gorgeously poses for photographs during her arrival at the premier of her latest film Terminator Salvation at the Grauman’s Chinese Theater in Hollywood, California. Detective Maya of the film Street Fighter: The Legend of Chun-Li looks so gorgeous on her bare shouldered black glittering stylish dress that perfectly compliment with her fair complexion. Bloodgood also stars in the film Pathfinder as Starfire and as Rita Shelten in ABC’s Day Break together with Taye Diggs. Born to an American father and South Korean mother, Moon Bloodgood seems to a have the beauty of an Asian woman. 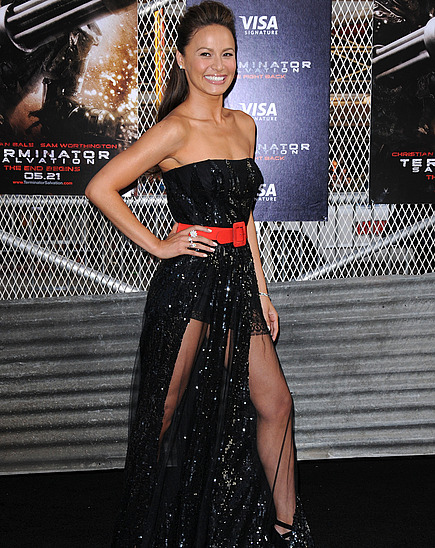