While filming for her new drama film Hesher, Israeli American actress Natalie Portman shows off her floral panties at the Hesher set while doing a scene wherein she had to defend a young boy from getting bullied and wrestles to one of her co-stars to the ground. The 27-year-old actress played a role of a market worker in the film. Despite of the scene that is full of action, some panties and bras are shown, Natalie still looks pretty and lovely on her lavender tank-top, floral tiny skirt, brown shoes and multi-colored umbrella. The Star Wars’ Queen Amidala, is truly one of the finest. 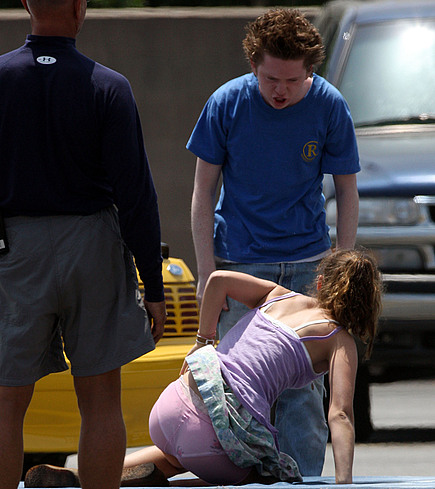