Nicole Kidman and her husband, Keith Urban, attended the Grammy Awards at Staples Center on Sunday, February 8, 2009. The couple looked like a pair of love birds. Urban has been positively glowing since Kidman had his baby, Sunday Rose. Kidman wore a golden look from L’Wren Scott and accessorized it with a pair of Louboutin shoes for her pretty feet. Kidman was at the function to support Urban, who was nominated for “Best Country Collaboration With Vocals”. Urban’s duet with Trisha Yearwood, “Let The Wind Chase You”, was nominated. 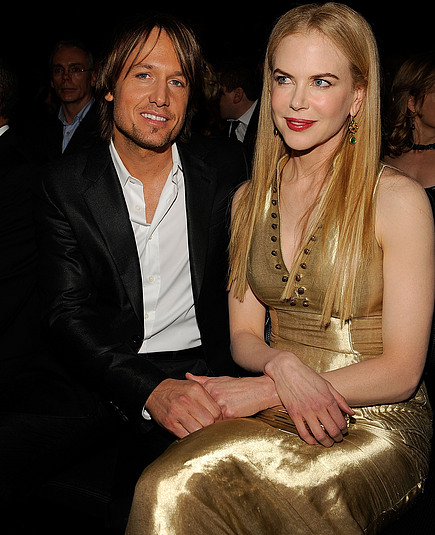