Nicole Minetti Shows Off Her Boobs In Spain

For those of you who aren’t familiar with the strange saga of showgirl and television personality Nicole Minetti, here is the short version. She was known for being a dancer on television shows like ‘Colorado Cafe’ and ‘Scorie’ – which is sort of the Italian equivalent of ‘Candid Camera’. She is far more well known, however, for her involvement with Silvio Berlusconi, the Prime Minister of Italy, and the lurid sex scandal he’s found himself in. It’s really all quite dramatic, but who knows where the truth lies. It doesn’t look good for Mr. Berlusconi or Ms. Minetti though. Regardless, it’s hard to deny that this woman is a stunner. These pictures, taken in Formentera, Spain, show her incredible body in all it’s glory. I want to like her, I really do, but if the accusations are true… well, I’m not so sure I can get over that – no matter how hot she is. 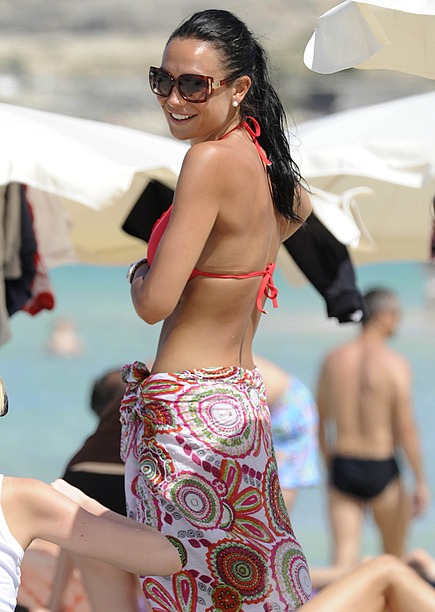