After a disappointing performance in last week’s Dance with the Stars show, Nicole and her partner Derek came out strongly in yesterday’s performance. Their performance was so amazing that they got the highest points of the night from the judges, 50 from a possible 60. Dressed like a Roman princess, Nicole was looking more erotic than ever in the silk drape which threatened to slide off her body anytime now. Derek Hough in a black trouser and white shirt was at his clinical best with great moves and positive body language. However, Nicole is not able to impress the American audience when it comes to voting, so what next? 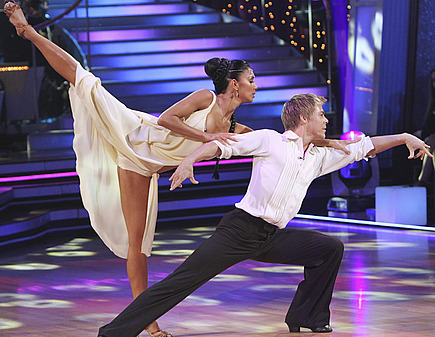