Nicole Scherzinger showed up at the American Music Awards in a bubbly grey dress and big blings for her ears. Sherzinger was at her highest element in her romance with Lewis Hamilton as he was rumoured to be accruing houses for entertaining his PussyCat Doll when he travels around the globe. It made sense to buy than to rent as Hamilton prepared to make the most of his lucrative racing career. However, Hamilton denied that he and Scherzinger were engaged. 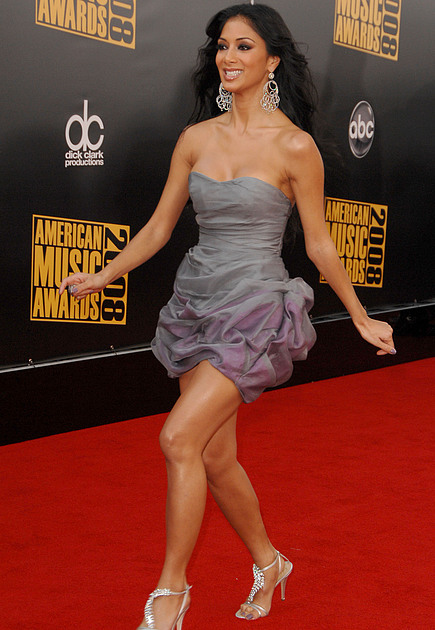