Nicolette Sheridan enjoyed a bit of sunshine outdoors with her dog. Sheridan stripped down to her underwear of singlet and knickers. The Desperate Housewives actress looked good even when caught unaware in her casual attire. Sheridan has been attributed with starting a food fight at the celebration of Desperate Housewives’ 100th episode. Sheridan first pressed a piece of cake at Eva Longoria Parker’s face. Parker took it in good fun. Sheridan has been linked to David Spade. However, sources said they were just good friends. 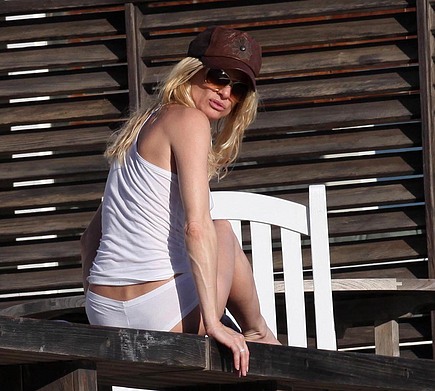