Hans Klok, the illusionist, performed in Amsterdam and Pamela Anderson was his assistant. Anderson helped to steam up Klok’s “The Million Affair 2008 beurs Amsterdam.” Klok and Anderson kissed to celebrate the opening night of their show. Anderson’s sexy figure in a silver unitard was eye candy for the babe watchers. Anderson was a professional at stirring up controversy and that was part of her self-promotional tactics. All eyes were on Anderson as people speculated if she would return to dating Stephen Dorff. Apparently, that romance fizzled out and never returned. 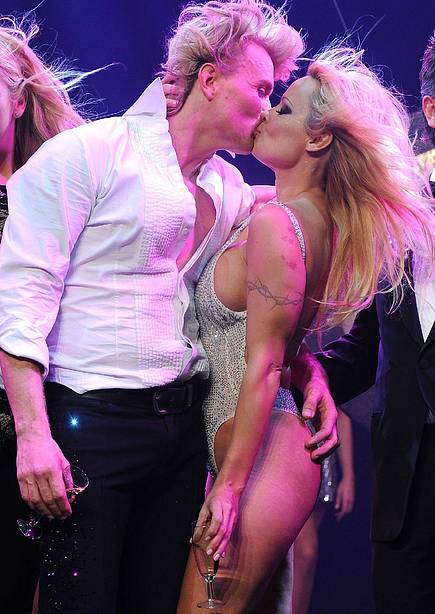