The closing ceremony of the Richie Rich A-Muse Fashion Show on Wednesday night was really charged after a late visit from the New York’s own sexy queen, Pamela Anderson. There was literally chaos at the show with the star coming an hour late from schedule. Media and reporters were waiting for her from 7 in the evening. The authorities had shut the entrance doors at 8:45 because of the rush inside. Her leotards which were apt was applauded. The temperature was hitting the maximum inside the venue as everyone was expecting her to walk the ramp but for that, she disappointed everyone as she appeared with Rich for only short period on the stage. 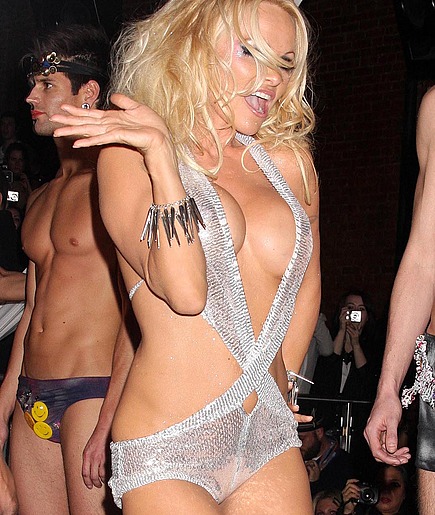