I really don’t know why I like Paris Hilton as much as I do. I really shouldn’t. She’s pretty much everything I hate in a celebrity. She’s arrogant, shallow and famous for being famous. Even so, I like her. I don’t think she’s actually all that attractive when compared to some of her contemporaries. Some could say she’s in the same class of celebrity as Kim Kardashian and I find Kim much more attractive. I also like Kim a lot less than Paris. So what gives? I don’t know. I guess I’m just complicated like that. Anyway, on to the photos. Here in Sao Paulo, Paris looks adorable. I love the two piece swim suit she’s wearing and I love the fact that she seems to be having a typically ‘Paris Hilton’ good time. While I don’t think I’d enjoy spending time with her, it is kind of fascinating to watch Paris being Paris and I suppose that appeals to me in a very strange way. 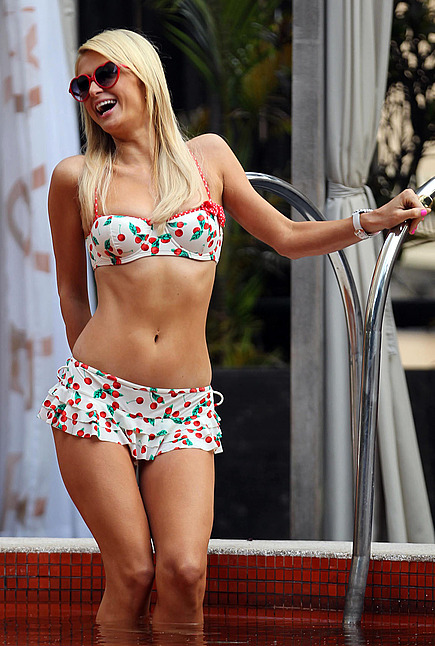