Well, ya can’t blame a girl for trying. Although Paris Hilton’s last album, simply titled, ‘Paris’, didn’t exactly burn up the charts, but the girl keeps on making music. I guess she has to have something to fall back on should her career as a… well, her career in whatever it is she does that makes her famous, fall through. One thing is for certain, Paris looks hot as hell as she films the video for a new single. Will it be a smash hit? Probably not, but it’ll probably be worth a listen. As much as most self-respecting people would claim otherwise, her last album was actually pretty listenable. Paris is more talented than a lot of people give her credit for. I, for one, am excited to see the video when it’s completed. 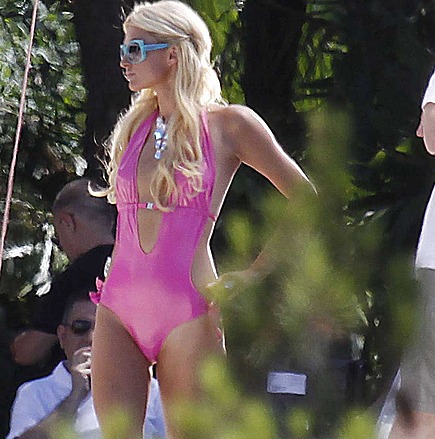