American actress Phoebe Price did some cute and sexy poses in these pictures of her while frolicking the beautiful fine sand by the beach. The actress was able to show her sexy and cute body with her skimpy blue bikini. It looks like she really had some fun under the sun as she did some happy poses for photos. Phoebe can be new to our eyes but she has super stunning body to be noticed. Recently, she became primarily known with appearances on red carpet, and from being a known commercial model, she started to work on television and movies. 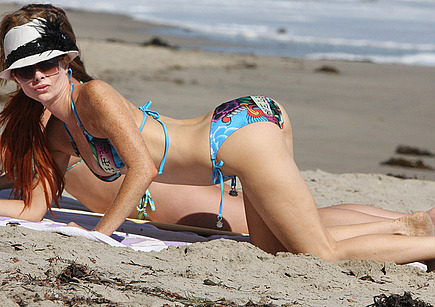