Reese Witherspoon did her regular bit of jogging in L.A. to maintain her fitness level. Witherspoon was undeterred by the cold as she wore her sweat suit and showed her slim, streamlined figure. The stretchable bottom was unforgiving as the contour of her behind was revealed. Witherspoon will be with us to celebrate Christmas as her new movie, Four Holidays, cashes in on the festive season. Witherspoon acted in the comedy with Vince Vaughn. The best quip from the movie was the line, “You can’t spell families without ‘lies’.” 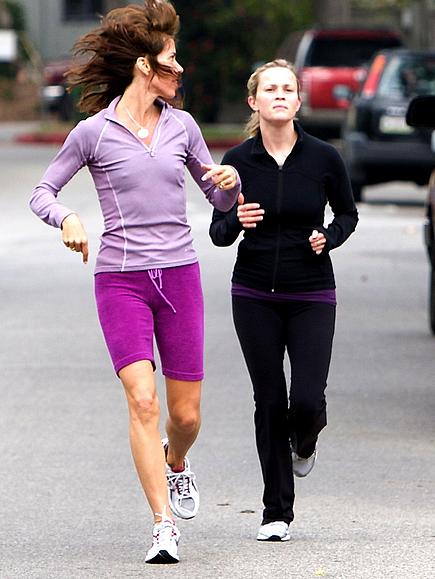