Reese Witherspoon Shows Off Her Legs In Brentwood

I’m rather indecisive on Reese Witherspoon. I think she’s a pretty lady and I think she’s a very talented actress but I’m not sure I like her as a celebrity. Just so we’re clear though, that has nothing to do with whole DUI arrest mess. Sure she pulled out the “Do you know who I am?” card and made herself look like a jackass but she also apologized and admitted she acted like a jackass. That took guts and not a lot of celebs would’ve done that. Even so, there just seems to be something about her that sits wrong with me. I don’t know what that something is though. I guess there are just some people out there like that. With all that said, I do like these shots of Reese leaving a gym in shorts in Brentwood. I think she looks cute and comfortable. I also think her legs look incredible. To me, a woman has really nice legs if those legs look great even in sneakers or flats so judging from these photos, Reese does have really nice legs. She also looks adorable without makeup, something else I respect about her. I can tell you for certain, I would not look nearly as good as Reese does here if I were snapped leaving a gym after a workout so I have to give her credit for that. 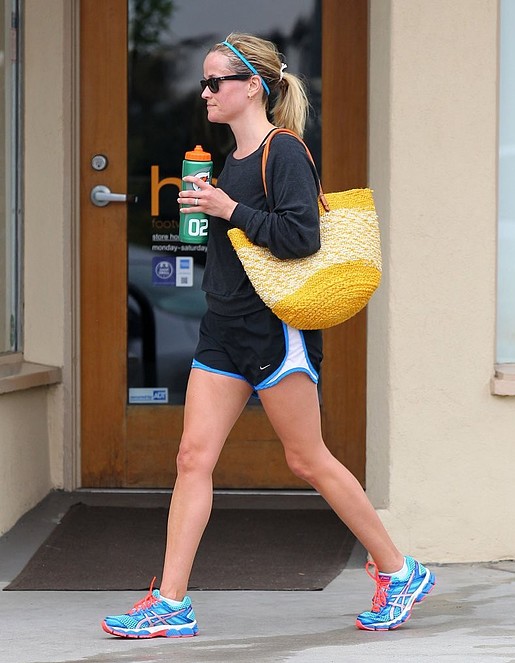 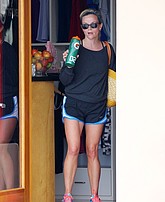 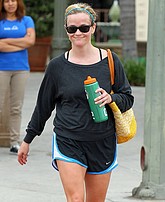 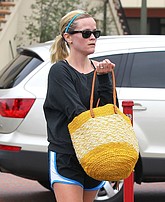 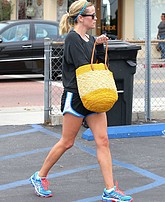 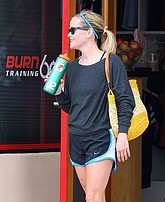 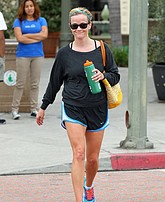