So as I was looking at the top part of this first photo from Rihanna’s night out in London, I had a pretty good hunch there was going to be something crazy going on with the bottom of her outfit. Her hair looks so normal, as does her dress and when it comes to Rihanna, “night out” outfits are usually anything but normal. Then I saw the boots. I swear those boots could almost double as pants. If the dress was a bit longer, I probably would have assumed they were actually pants that just happened to match her shoes really, really well. Does that mean I don’t like the outfit? Of course not! One of the things I love most about Rihanna is her fearless fashion. I also happen to think she looks great in these photos. I don’t love the boots and would’ve preferred to see this rather simple dress paired with something a little less bold but then it wouldn’t really be a Rihanna outfit. I think these pictures are great. 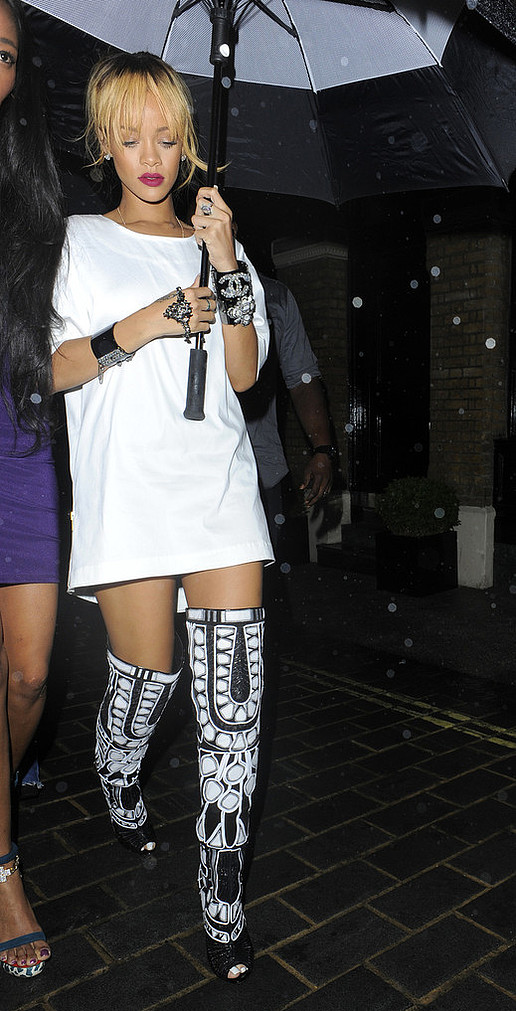 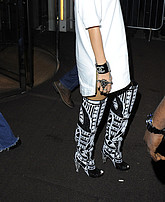 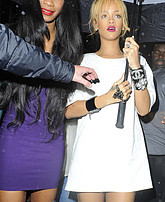 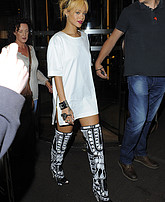 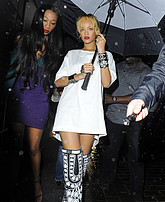 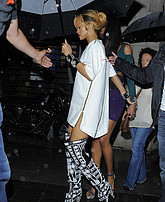 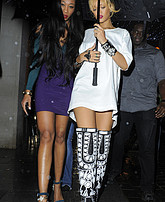