The other day, I wrote a post about Rihanna in which I mentioned her video shoot in North Belfast that was shut down after the owner of the farm they were shooting on objected to Rihanna’s sexy imagery. That was this video. Here on the “We Found Love” music video set in North Belfast, Rihanna keeps mostly covered up, only flashing us a quick shot of her undies as she bends over. Sure this isn’t the topless portion of the shoot we’ve been hearing so much about but I’m okay with that. Rihanna still looks hot and honestly, I’ll take a nice upskirt over a topless shot any day. 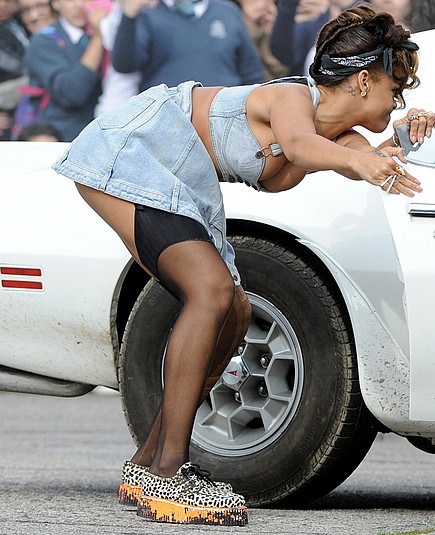