Can Rosie Huntington really be considered an actress yet? She only has one screen credit to date and that film has not yet been released. I’m referring, of course, to ‘Transformers: Dark of the Moon’ in which she is replaced Megan Fox. There was a lot of drama when that decision first came to light, but I can see it. She’s absolutely gorgeous, has a lovely figure and probably has about as much on screen presence as Fox. I only ask about the actress thing because she’s showing up on ‘hottest actresses’ lists everywhere. I would give her a spot on my hottest models list, but I reserve her spot on the actresses list for women who, you know, are actually actresses. I’m giving her the benefit of the doubt though. Every actress has to get their start somewhere and the pages of Victoria’s Secret sees as good a place as any. 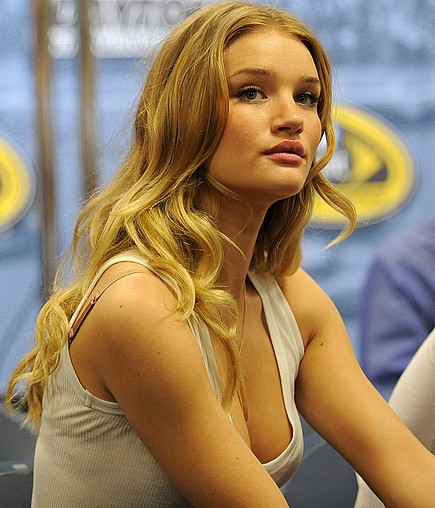