Salma Hayek greeted fans outside the studio before she went in for the taping of the Late Show with David Letterman. She was dressed in business suits. Hayek wore killer heels which were such narrow stilettos that we wonder how weight could be balanced on them. Hayek covered up her puppies. This was probably because Megan Fox brought them out to the fore. Fox said she wanted to have Hayek’s boobs and probably made some people uncomfortable. 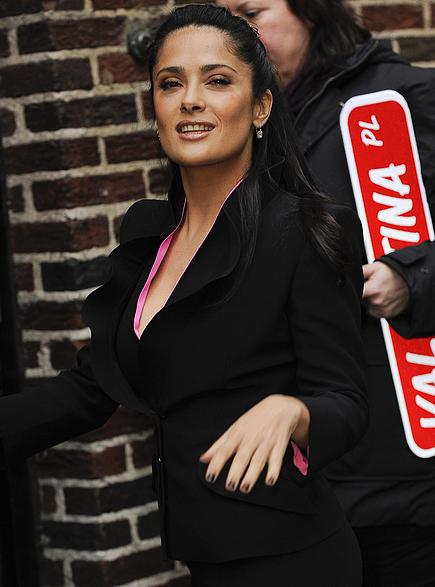