Have any of you seen the episode of ‘The Big Bang Theory’ (it’s okay to admit it, it’s cool now), when Shelton freaks out on Penny because she’s dressed as Wonder Woman to be part of their group ‘Justice League’ Halloween costume? Why does he freak out? Because Wonder Woman doesn’t have black hair. I agreed with him during the episode, but I have to say, as hot as Kaley Cuoko (Penny), Sara Jean Underwood has definitely changed my mind. This girl is just adorable. She’s mostly known for being a Playboy Playmate of the Year, but you might also know her from her role in ‘Zombieland’. She pays the girl that spends the night in Columbus’ house after being attacked by a zombie only try to lunch on him the next morning. Yeah. She was pretty good in that. I prefer her Playboy stuff though. I’m sure I’m not alone in that. 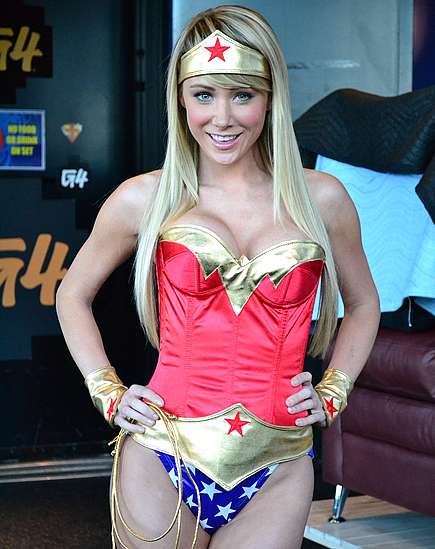