Some people do too many things all at once and do fairly well. Sarah Harding certainly has accepted the challenge and manages to remain actively involved in many aspects of entertainment. She’s attained most success as a member of the pop band Girls Aloud. Just like all celebs who fly down to Barbados when they have spare time, Sarah Harding too was recently spotted enjoying the waves. She’s also been signed by Ultimo lingerie for a 100,000 pounds deal and has been the face for the Coca Cola Zero launch in Ireland, apart from promoting ad advertising with Sunsilk with her pop band. 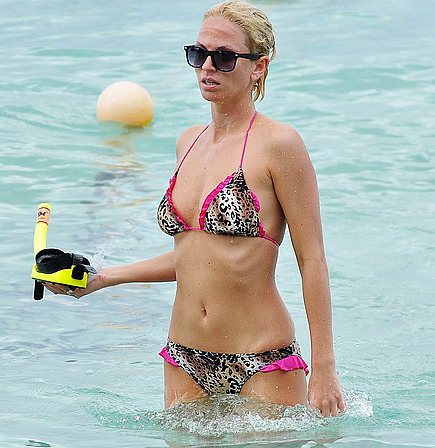