Scarlett Johansson Is Hot And Leggy

The beautiful Scarlett Johansson speaks at the Iron Man 2 panel during the Comic-con 2009 at the San Diego Convention Center. Wearing a cream mini dress, Scarlett looks leggy and shows off her beautiful curves. Scarlett plays the role of a Black Widow in the film Iron Man 2. While leaving the Comic-con, Scarlett waves to the paparazzi and even does some autograph signing. With the numerous awards and nominations that Scarlett has, being the Black Widow will be another role of Scarlett Johansson that her fans and the people will again to watch out. This will surely be another award-winning job of hot Scarlett. 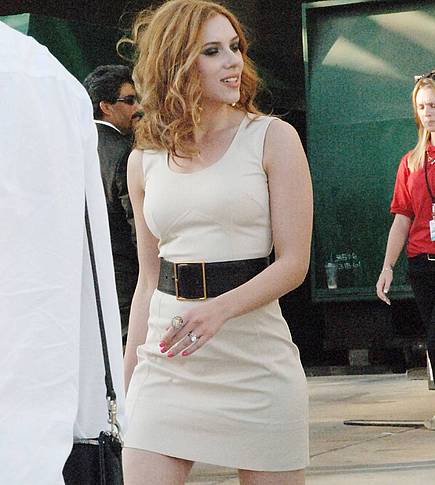