Selena Gomez At The Abduction Premiere

I’m not sure I’ve really been clear in stating my affection for Selena Gomez so I think I’ll take the opportunity to do that now as you enjoy these pictures of her from the premiere of “Abduction”. I like Selena for many reasons although I have to be honest, I’m pretty up in the air about that which actually made her famous; her music and her acting. As far as I’m concerned, she’s decent at both but I doubt there are too many Grammy’s or Academy Awards in her future. I guess you never know. What I like about Selena is her attitude. She seems grounded and level headed, something that can’t be said about many of her contemporaries. I think Selena is the most likely to make it through the fame thing in one piece, especially when you compare her with her peer group. Sure there’s been some drama surrounding her, especially where the Biebs is concerned, but it’s been nothing compared with the drama surrounding Miley Cyrus, Demi Lovato and Vanessa Hudgens. I think she’ll be fine. Plus, she’s also super hot, so she’s got that going for her. Will she have a long and successful career? Who knows, but I think she’ll be okay either way. 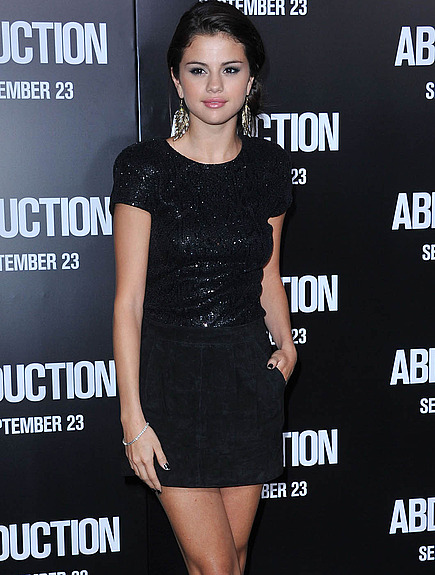