Sexy series actress Olivia Wilde known for her famous TV series ‘ House’ was seen outside the sets of her recent TV hit show House MD. The actress was hanging out outside the sets while wearing a pair of latex gloves. Olivia had a copy of Flaunt magazine while she was walking around the sets. This was in Los Angeles, California on February 23rd, which was last Tuesday. She was in between her takes of her ongoing TV hit show House M.D. and was looking very busy messaging someone over the phone. Olivia was wearing a grey leather jacket over a black and grey top. 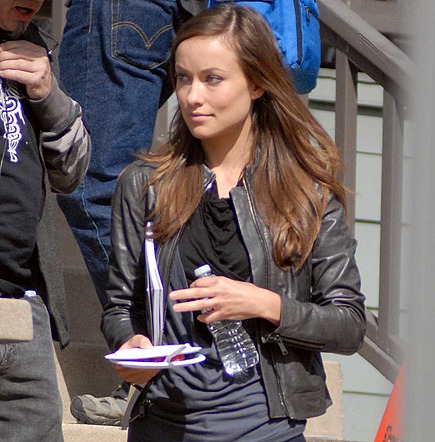